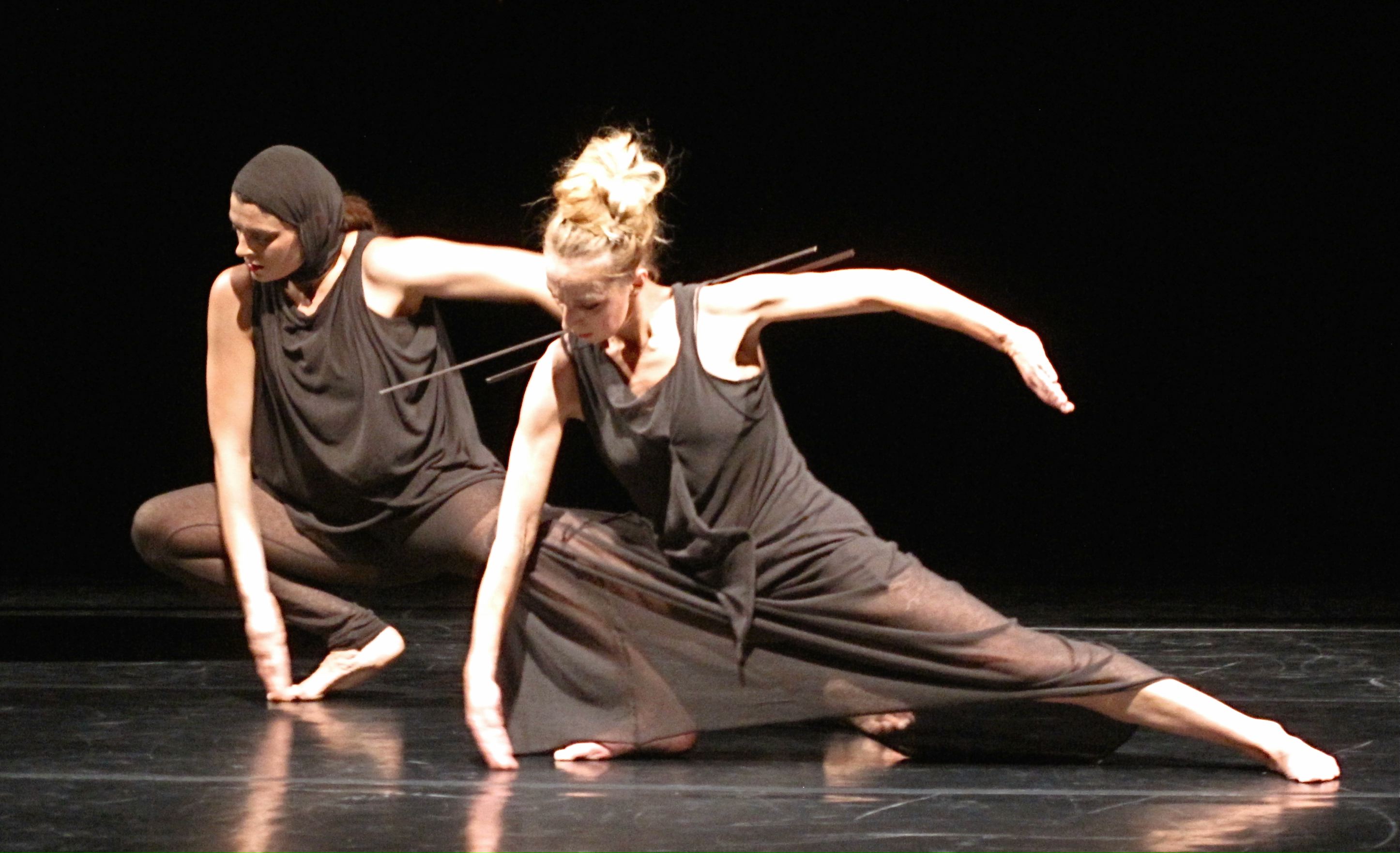 In her classes and workshops Pé proposes excercises developping the axes of her dancevocabulary which are :

Rooted in a strong connaissance of traditional and contemporary eastern performing arts, pé has designed founding principles into a contemporary accessible dance training, exploring as well improvisation as choreography.

‘ I work with my hands and my eyes and my skin and my hair and my tongue and my nose.. I ‘gloegloe’ like a turkey. But I know what I say when I do gloegloe’ ( vaslav Nijinski)

In the choreographical structures and bodywork I propose I focus on

1. the possibility and the need of the dancer to experientially live his movements. All kind of movement inside or outside, small or big, should be brought back to the experiential origin within the dancer. Not emotive inputs are at stake here, but sensible/sensitive/affective ones. I want to develop in dancers a deeper level of delivery to the movement’s experiential grounds.

2. the use of a multitude of processes of the mind. Today we can witness how the mind is used around the dance. I want to value the process of the mind in the act of dancing. The mind is a tool of the dancer that remains largely underestimated in the process of developping new dances; it is closely related to the experiential origin of the movement. It is with the mind you can master the paradox –not : the contradiction—of ‘the in and the out’, the will or willinglessness, the intention or the intentionlessness of the movement, the delivery to the unconscious or the lucid present. The more information the mind can send to the body, the more complex and layered this body consciousness will be, the more surprising and detailed its movements.

3. a psychocorporeal and materialistic connection between space and body. The last two decades we have witnessed a lot of attention for body consciousness and the processes within the body. But what ‘lives’ within the body is not disconnected from the space. The body’s wisdom implies more than the body. It extends to the spaced materiality. If, through different bodyworking methods, a hyperconscious attitude of the body arises, it needs to be extended to the movement-in-space. It is important that we we dare to ‘dance’ again in its plenitude. Dance is more than the sum of its moves. Body and space should be conceived as a unity. There should be a non-stop interaction between both of them. Space is not an emptiness, merely existing outside of us. It a very important carrier of breath and sound and light and energies. Dancers should conceive the space, like the body, in a much more materialistic, sensitive way; thus, they should realize a continuous flow in which the movement from the body finds its resolvement in space and vice versa.

Although I perceive my vocubulary for dance as more complex, I like to refer to the energetic efficiency of the movement in martial arts. The dancer knows the reason of his movements in space and therefore they become valid.

4. the consciousness of different kinds of speeds, differnt tempi. We also need to fill dance again with a complex sense of rythm, the mastery of different kinds of speeds, as well inside as outside. Especially when we take away the music score we can witness how often a dancer does not have music on his own but moves in a constant tempo . But speed is not just ‘tempo’. Fundamental is the existence of inner and outer speed, and how to use them both in a non-contradictory way.