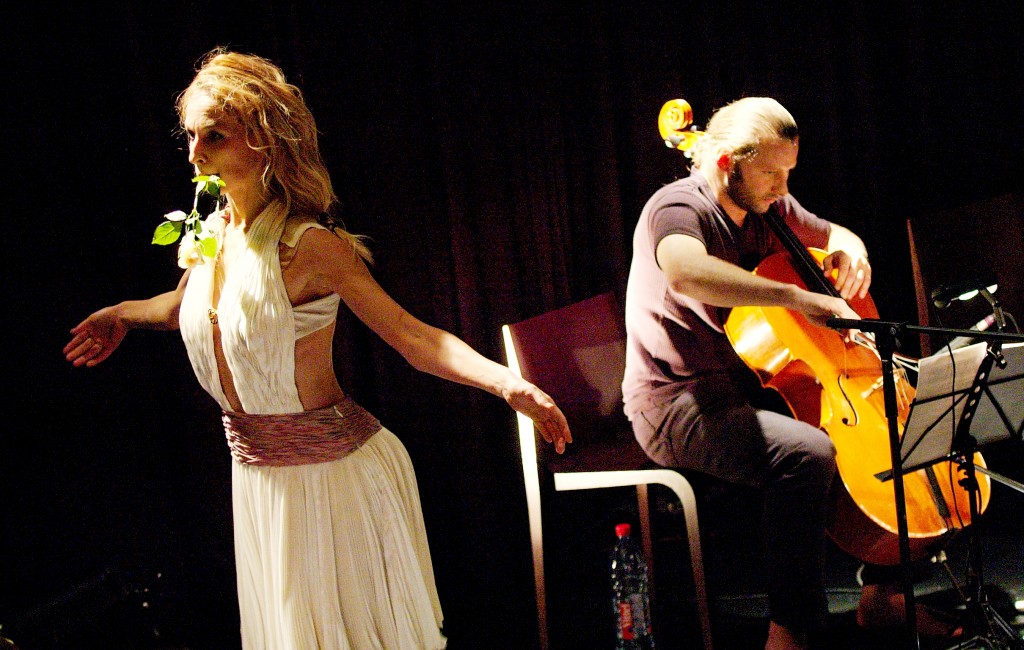 ‘One should not think me, one should feel me’. (Vaslaw Nijinsky)

The revolutionary dancer Vaslaw Nijinsky, star of the Ballets Russes, writes, in three hectic weeks of 1919, his ‘Cahiers’. The impending madness, his total commitment to his art, ecological consciousness ‘avant la lettre’, God, war, death and an all-conquering sense for beauty and the necessity of art wallow together in this dazzling stream of words.

In dialogue with the layered electronic compositions of Peter Clasen, the virtuous trumpet of Bart Maris and the eloquent cello of Lode Vercampt, Pé dances in a clownish and compelling way, singing in French and speaking in her West-Flemish dialect, through Nijinski’s cries. Nijsinsky as a tragic-comic clown. Wisdom, poetry and sadness in a show in which the structure is constantly challenged by passionate improvisation, soaked in errors and incorrect behaviour, as ‘God does not improve his mistakes’. Again a show, that a few ‘experts’ could not cope with. And finished was the joyful experiment. ‘Long live freedom !’ (?)