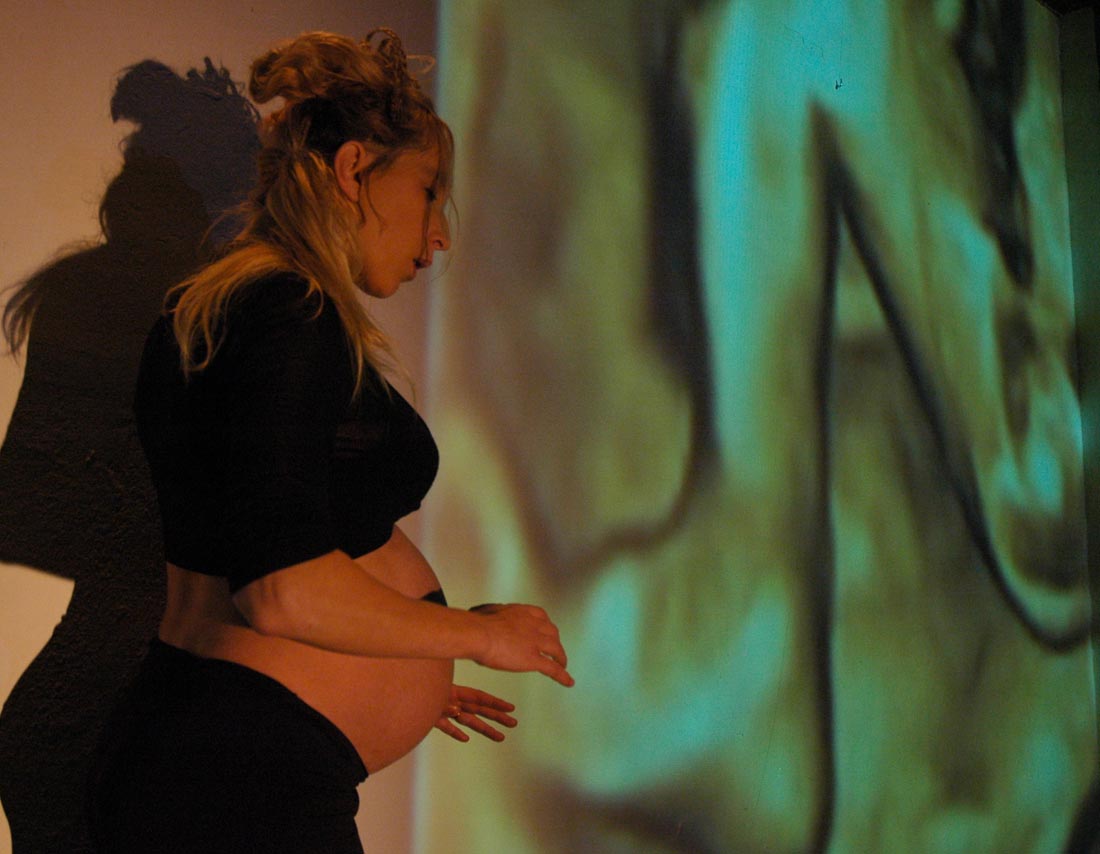 This installation of drawings and video arose during my pregnancy and resulted in a unique performance series three weeks before giving birth. Performed as a unique series in Radical HeArts studio, Kortrijk, Belgium, December 2008.

.From the swarming in my belly, the incomprehensible new beating heart, arises an organic line that I eagerly allow to be. As in a drift, I blur the lines and contours, edit the drawn lines until they become small paintings, lingering in soft rosy tones. Black and white contrasts the color of skin and flesh, and becomes love. Cheerfully.

The video consists of an animated movie filmed in Egypt featuring two pre-pharaonic statues : a tortoise and a hippopotamus combined in a danced fertility ritual.

The performance was conceived as a duet with my yet unborn daughter Marmer-Montserrat. A 3D echography of her, being six months and living comfortably in the womb, was projected while I danced, inspired by her minimal gentle movements and fast heartbeat, aiming to be and to feel like her. After this intense dance on the fast-beating electro music by Peter Clasen, flavoured by jazzy tones of flutist Bert Jacobs, who coloured the whole performance with his live play, the body ‘ready to give birth’ was exposed on a table, caressed by a hypnotic moving hand. Hoping that all would go well.

With the support of the city of Kortrijk